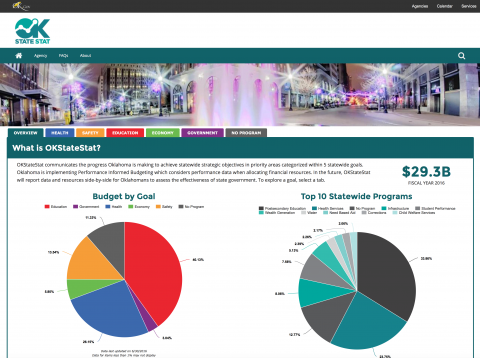 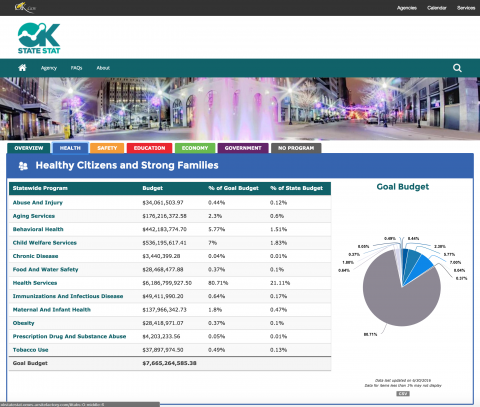 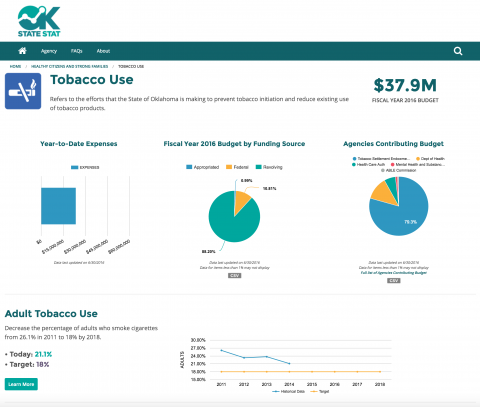 This site goes live in August 2016 and will be a completely new way for citizens to view data on Oklahoma's governmental agencies. This site uses a modified version of the feeds module to ingest in csv files (one with over 30k records) and then displays that data dynamically using the Google Charts and High Charts libraries. The data displayed is both budget information for departments, goal information for those departments and if those goals were met. The initial build out of the site was completed in just three weeks as it was done in an accelerated timeline to be ready for the 2016 State of the State Address. Upon the 2016 revenue budget failure of the state of Oklahoma in 2016, the site launch was moved back until August 2016.