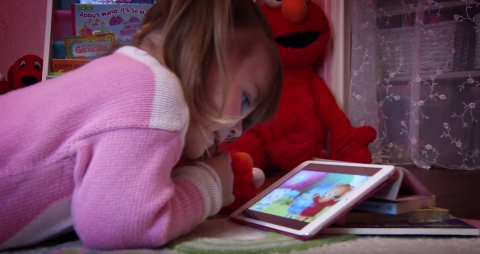 While at OETA, I designed, directed, shot, edited, did the After Effects work and played the piano music part for this spot. My daughter, Evelyn, served as the talent. The spot ran between children's shows and was designed to connect with parents who grew up loving pubic television. I incorporated nostalgia and my love of my own childhood spent watching and learning from shows like Mr. Rogers, Sesame Street and Reading Rainbow. This spot was picked up nationally by multiple other stations public television stations across the United States. The spot was also shown at the 2015 National Public Broadcast Service conference. The advertisement was customizable for stations by replacing the OETA logo with their own station logo.